Home / About Us / Espact Leadership

Mr Elajsolan’s background in higher education is extensive as it is accomplished. As President of NAPEI (National Association of Private Educational Institutions) and a long-serving council member of that association, he not only had a commanding view of the private sector of higher education and how it developed over the last three decades but also influenced that development through his engagements with government agencies in education. As educational entrepreneur, he established and helped to establish colleges, universities and faculties within such institutions. Engineering is his academic forte and it is in that field that he developed curricula and faculties for a number of universities and institutions. He was head of the school of engineering at the Asia Pacific University and more recently the dean of the faculty of engineering and built environment at MASHA University. Another of Mr Elan’s expertise is in the quality assurance processes of education, including benchmarking local practices with international ones. He is also engaged in developing new strategies to enhance Technical and Vocational Education and Skills Training (TVET) in the country. He is a member of the Technical Association of Malaysia. 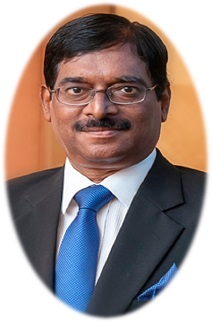