ESPACT appears on The Nation 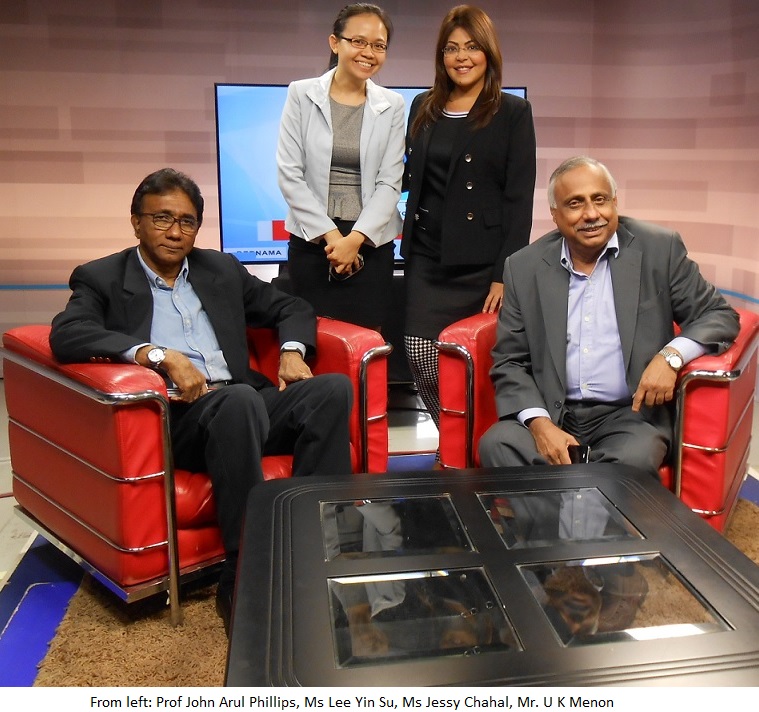 ESPACT appears on The Nation

ESPACT appeared on National Television on Bernama Tv's The Nation programme broadcast at noon today. Jessy Chahal from the Bernama interviewed U K Menon (ESPACT), Dato Dr Ahmad Zainuddin (Professor UCSI University) and Prof John Arul (Dean, School of education and Cognitive Sciences, Asia e University (AeU)) on the Malaysia Higher Education Blueprint which was published earlier this year. The interview was a precursor to ESPACT`s seminar on the same subject that is being slated for 14 January 2016. The interviews covered several aspects of the Blueprint, including its aims and the kind of transformations that the Blueprint was projecting.

The programme will be repeated at Midnight tonight and at 8.00am tomorrow on Astro Channel 502. For more details on the seminar please click here: Understanding the Malaysia Higher Education Blueprint (2015-2025).