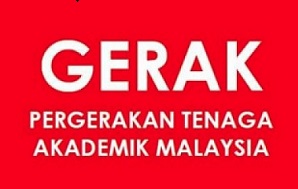 The High Court in KL heard an application this afternoon from Gerak, a leading academic association, for a Judicial Review of the appointment of the Vice-Chancellor of Universiti Terengganu.

The application was made by Pertubuhan Pergerakan Tenaga Akademik Malaysia (Gerak) (Malaysian Academic Movement), Professor Zaharom Bin Nain as Chair of the Association and Rosli Bin Mahat as Secretary of the Association. The respondents to the application are the Minister of Higher Education, Malaysia and Ybhg Dato’ Dr Nor Aieni Binti Haji Mokhtar (Vice-Chancellor, Universiti Malaysia Terengganu)

The application was made on the alleged ground that the appointment of the Vice-chancellor was not in compliance with section 4A of the Universities and University Colleges Act 1971 (Act 30). Section 4A was added in 2008 through an amendment Act. The section reads as follows:

4A.  For the purpose of selecting a qualified and suitable person for the post of Vice-Chancellor or for any other post to which the Minister has the power to appoint under this Act, the Minister shall, from time to time, appoint a committee to advise him on such appointment.

Gerak’s application states that the object of the new section at the time it was passed was to instil ‘greater accountability, transparency, professionalism and academic independence and autonomy in the process of the appointment’ of Vice-Chancellors of public universities. The contentions before the court this afternoon centred around two main issues which are,

On the issue of standing, Gerak’s lawyers argued that Gerak had satisfied the “adversely affected” test as required by law and therefore had standing to apply for the JR. It was argued that Gerak as an interest group representing academics has a real and genuine interest in ensuring the appointment of Vice-Chancellors is carried out openly and transparently with the advice of a committee appointed under section 4A. That section was introduced to strengthen academic freedom and the autonomy of universities, which are also some of Gerak’s objectives. Secondly, compliance with section 4A, it was argued, ensured that members of Gerak who aspired to apply for the position of Vice-Chancellor of a public university would have fair access to such a position whenever the position of Vice-Chancellor in a public university fell vacant.

The view of Gerak’s lawyer on the second point was that section 4A applied not only to the first appointment of an individual as Vice-Chancellor but also subsequent appointments.

Lawyers for the Minister and the incumbent Vice-Chancellor took opposing views on both questions.

The High Court will deliver its decision on the application on 9 April 2021.