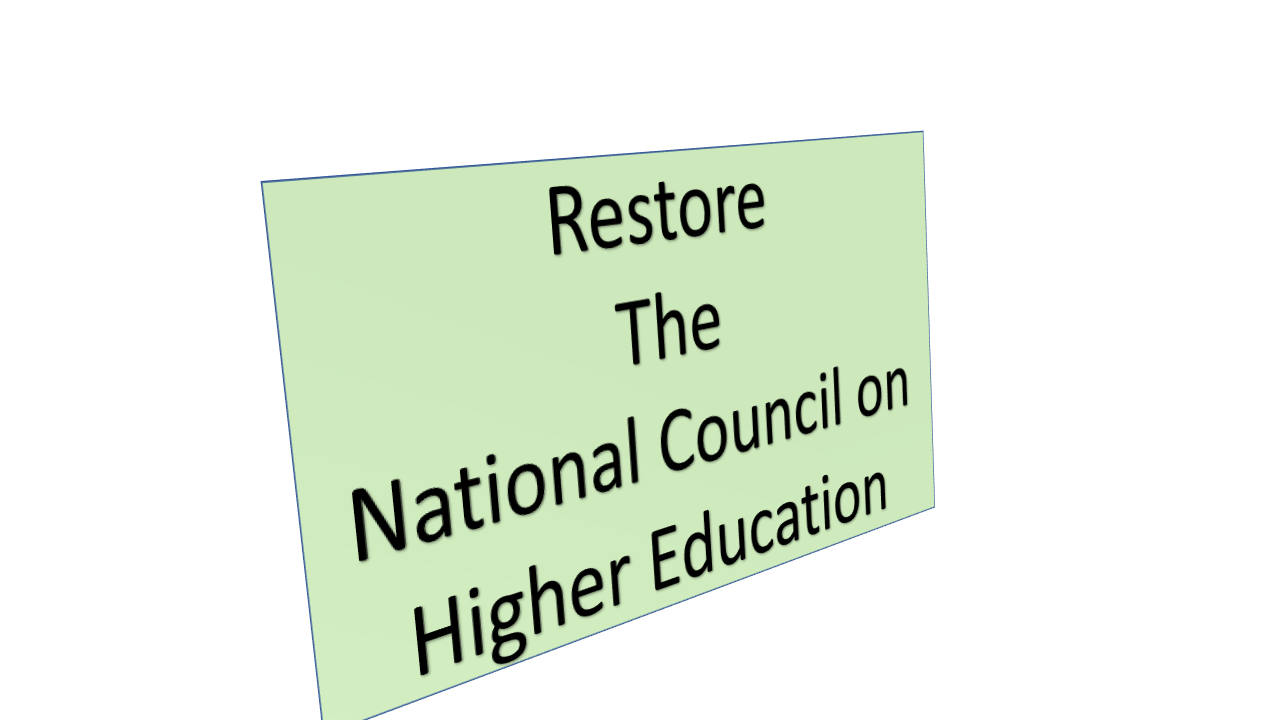 The Strange Case of the National Council on Higher Education

The National Council on Higher Education (NCHE) was established by an Act of Parliament in 1996 as part of a general reform of higher education carried out in that year. Other legislation passed in that reform were the Private Higher Educational Institutions Act 1996 and the National Accreditation Board Act 1996. Substantial amendments were also made to the governance provisions of the Universities and University Colleges Act 1971 to make public universities more autonomous within a corporatized governance structure. In 2007, the Malaysian Qualifications Agency replaced the National Accreditation Board as the entity responsible for quality and standards and the accreditation of higher education programmes.

The regulatory system that emerged from the reform had three distinct components – the NCHE as the policy formulating body, the National Accreditation Board as the body to accredit institutions and higher education programmes and the Ministry of Higher Education (with new roles added to it by the aforementioned legislation) as the implementing and monitoring body. If they function in line with the legislative intent, the three components will add checks and balances to the regulatory system, ensuring its legitimacy, fairness in its operations, and predictability of its processes. The NCHE will decide on policies on all matters concerning higher education as stipulated in the founding legislation; the Ministry will be the gatekeeper, approving and monitoring the establishment of higher education institutions and MQA, the accreditation body, will decide on quality and standards and the accreditation of educational programmes.

The system, however, did not function to expectations. Despite the demarcation of roles, the Ministry encroached into the policy-making preserve of the NCHE, issuing new policies, and changing existing ones through circulars and subsidiary legislation. In 2006, parliament, through the Akademi Seni Budaya dan Warisan Kebangsaan Act established a higher education institution with powers equivalent to that of a university but operating outside the jurisdiction of the National Council on Higher Education Act 1996. This institution in effect operates outside the national regulatory system of higher education. The MQA Act 2007 replaced the National Accreditation Board with the Malaysian Qualifications Agency as the accrediting body. Unlike its predecessor, the MQA does not fall within the jurisdiction of the NCHE. Finally, sometime in 2011 or 2012, the NCHE itself was made dormant.

That a body established by law, determining higher education policies can be so bypassed without any published reasons or discussion with stakeholders, raises concerns about the government’s observance of laws made by the parliament. Even Parliament, it appears, had forgotten the laws it established to regulate the burgeoning higher education sector.

Policies on higher education must be consistent across the higher education sector, especially in the establishment and governance of institutions, on student access, and in quality processes. Disparate policies and multiple policy forums will have far-reaching and adverse effects on the system as a whole. Inconsistent policies will affect the credibility of institutions and the confidence of graduates. A single policy-formulating body such as the NCHE ensures the congruence of policies in a highly divided education system. Divisions now exist between the public and private sectors, between institutions under the Ministry of Education and those under the Ministry of Higher Education (whenever the education portfolio is divided) as well as those under other ministries and agencies whose brief is not education, between foreign and local players and between degree-awarding institutions and those without that power. Beneath these main divisions, there are variations in the ownership of higher education institutions, in funding arrangements, and the purposes for which they are established. It is a rich diversity that must be carefully managed if it is to be preserved.

The National Council on Higher Education must be restored to support the orderly development of higher education.