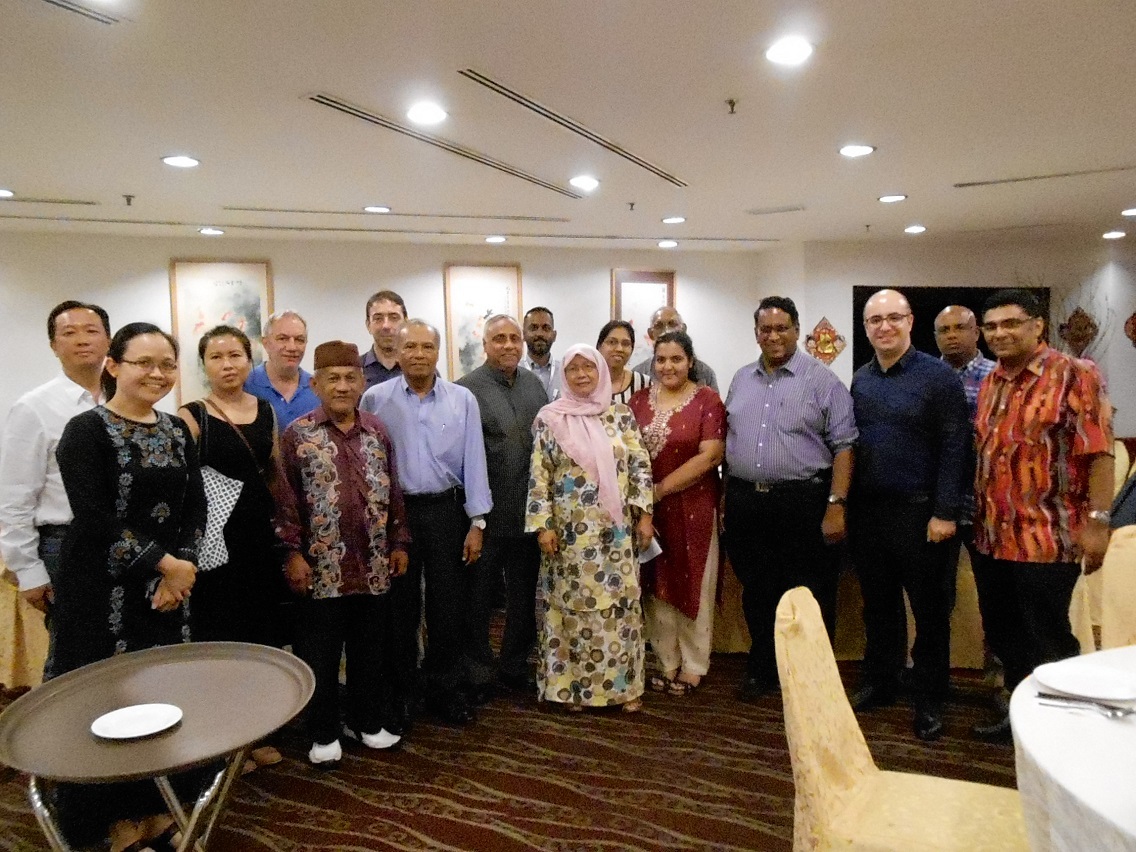 A small group of eight met on 31 May 2017 to consider setting up a data science association in Malaysia. The idea of forming an association in the style of a learned society in data science was first discussed in November last year after a seminar on big data held at the IUMW in Kuala Lumpur by Prof Bourcier of IUMW. Present at the seminar was Prof Don McNeil who is also with ESPACT who was at that time designing a series of courses on big data and Machine Learning. One of ESPACT founders, Dr Halimah Awang is a leading statistician in Malaysia and currently engaged in several projects in data analysis. In discussions with Prof Don, Dr Halimah and others, it was thought that the courses conducted by Prof Don should be an entrée to the formation of an association.

Prof Don’s data science courses brought us in touch with many very interesting people from local universities who were also supportive of the idea of a data science association. Their support too was instrumental in moving to the formal stage of establishing an association.

Present at the first meeting were  Dr David Asirvatham, Professor Patrice Bourcier, Mr  Christopher John, Dr  Suresh Kannan, Dr  Hema Subramonian, Ms  Lee Yin Su and  ESPACT CEO, Kumar Menon. Dr  Halimah Awang, also an initiator of the idea was unable to attend. The group felt there was sufficient interest among academicians, professionals and corporations to set up such an association. The group also believed that a formal association dedicated to data science would be in line and support national policies on data science and MDEC’s work in implementing those policies

A second meeting held on 14 June 2017 with an expanded group of 20 individuals from the universities and the industry ratified the decision to form the association and agreed to the provide formative support to establish and operate the association. Draft objectives of the proposed association were discussed and members agreed to meet once the formalities of formation were complete.

Anyone interested in being part of the association may write a short note to espact.asia@gmail.com