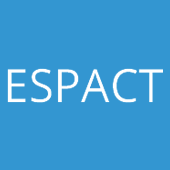 The newly appointed Minister of Education, Fadhlina Sidek, said yesterday that she will revive the National Education Advisory Council as part of her consultative approach to her role as Minister. She made the announcement in a media statement which also spelt seven areas her ministry will be focusing on to improve the national education system. We will address some of the areas of focus in this Blog, starting with this comment on the NEAC.

The NEAC is established under the Education Act 1996 (the Act) as an advisory body to the Minister. The statutory standing of the NEAC is nebulous. The Act does not compel the establishment of the council. It merely states that the NEAC ‘may’ be established. In statutory language, the word 'may' does not compel the doing of the act specified. The person given the right to do the act has the discretion whether or not to carry out the act. The term ‘shall’ makes it mandatory for the act to be carried out. The NEAC, therefore, does not have the same legal presence as its counterpart in higher education – the National Council on Higher Education (NCHE/Higher Education Council) - with which it is often confused.

Another ambiguity in the Act is that whilst it states that the NEAC may be established, it leaves open the question as to who may establish it. However, since the Act empowers the Minister to appoint the Chairman and other members, it may be implied that the power to establish the NEAC is also that of the Minister.

The new Minister’s determination to reactivate the NEAC is all the more heartening because of the ambiguities surrounding the NEAC. It is hoped that the Hon Minister will also use her statutory powers to ensure a broad representation of stakeholders in the NEAC and invite the NEAC to deliberate on the important issues concerning education.

Membership of the Council

It is also important that the NEAC is placed on a stronger statutory footing. If the establishment of such an advisory council is left to the minister’s discretion, there will always be a risk of the reigning minister exercising power without consultation or advice. Such an eventuality is not far-fetched. Even the NCHE, which is a creature of Parliament has been rendered inactive through administrative action. The new Minister of Education must be vigilant against opposition to her decision to operate transparently and through consultation with the stakeholders.