This is a description of the Malaysian educational system as seen through the policies, laws, and regulations that have contributed to the development of the system. It is presented as a detailed introduction to the entire education system, public and private, providing access to primary legislation, regulations, and when available, circulars issued by the Ministry of Education (MOE).

Between 2010 and 2015, two important documents were published, The Education Blueprint 2013-2025 (Pre-School to Post Secondary Education and the Education Blueprint (2015-2025) (Higher Education). The two Blueprints are intended to chart the development of education in Malaysia up to 2025. Various actions that have been taken in furtherance of the two documents have been publicized by the relevant authorities through annual reports and information published on the Internet.

With the change of government after the May 2018 General Elections, discussions on national education have once again taken center stage. Announcements by the Minister of Education and officials of his Ministry suggest a possible overhaul of all educational policies at all levels of education. The first months of 2019 have seen a flurry of meetings to discuss the development of the higher education sector. However, changes are unlikely to be seen for another 12 months. 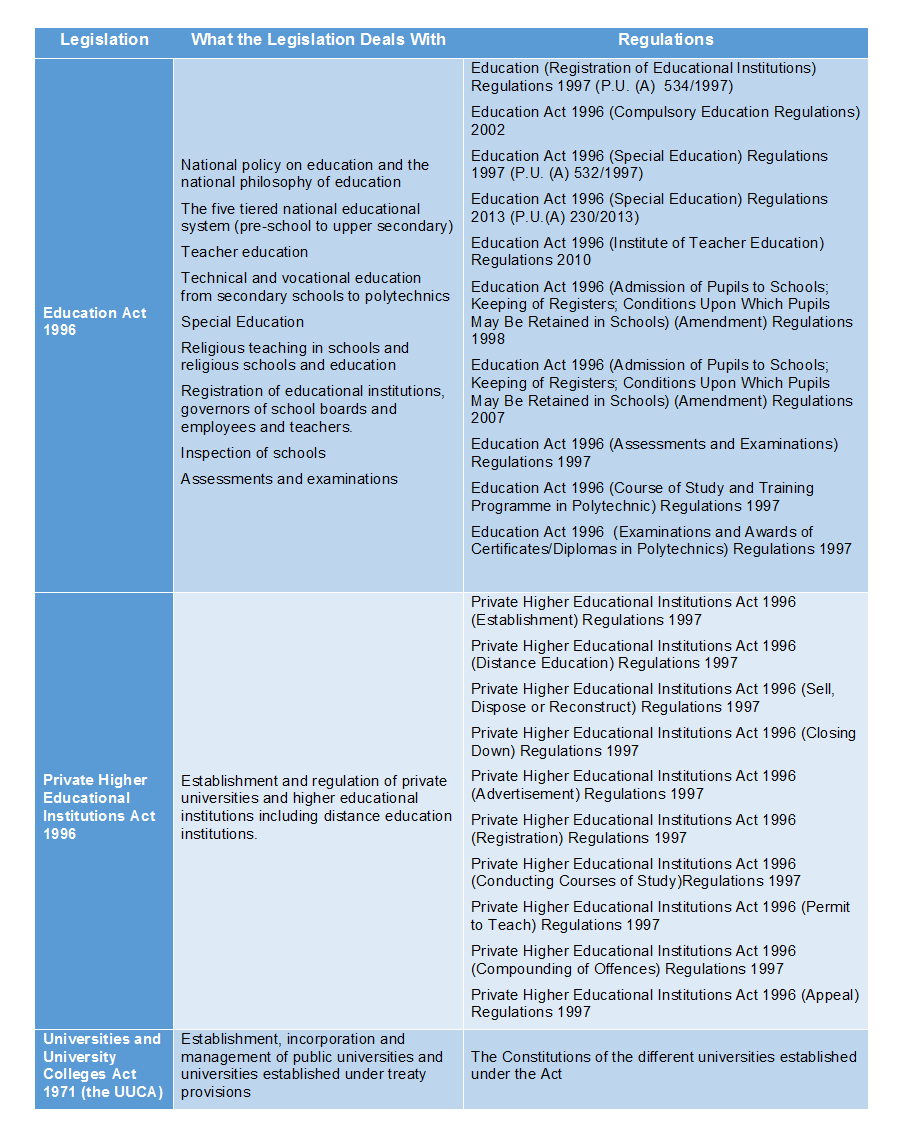